Our popular Women in Business lunch is back. We have chosen The Best Western Premier Leyland Hotel in Preston to host our event, adjacent to junction 28 of the M6, and in the centre of a vibrant economic region.

We are pleased to announce the following guest speakers: 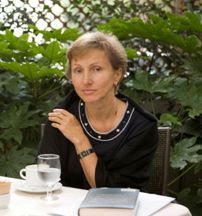 Marina kept a promise to her late husband, Alexander (‘Sasha’) Litvinenko, and pursued a vigorous campaign to establish the truth behind his death. In July 2014, she won the right to a public inquiry into her husband’s death. Her time during a 10-year campaign could not have been more different to the life she left behind in Russia as a ballroom dancer and, by her own description, not at all a political animal. Yet the murder of her husband in London, where they had been granted asylum and British citizenship after fleeing Russia via Turkey, meant that she has literally had to take on the Russian state of Vladimir Putin. She has done it with passion, intellect and unrelenting commitment. She has met Foreign Secretaries, MP’s and editors, always making a positive impact, and there is yet to be a journalist that has not liked and admired her. Now in business in her own right, Marina will give fascinating insights into how women’s strength can help them succeed, whatever the challenge.

She will be joined by:

Pauline Rigby – Head of Corporate and Restructuring at Forbes Solicitors

The day will begin with tea, coffee and biscuits upon arrival from 9.15am for a 9.30am start.

There will be networking opportunities during the recesses and breaks, while a three-course lunch will also be served.

To book your place, call Iain or Pete on 01253 347063 or email chamberevents@lancschamber.co.uk

Book your place
11 May

To book your appointment please contact the Chamber on: