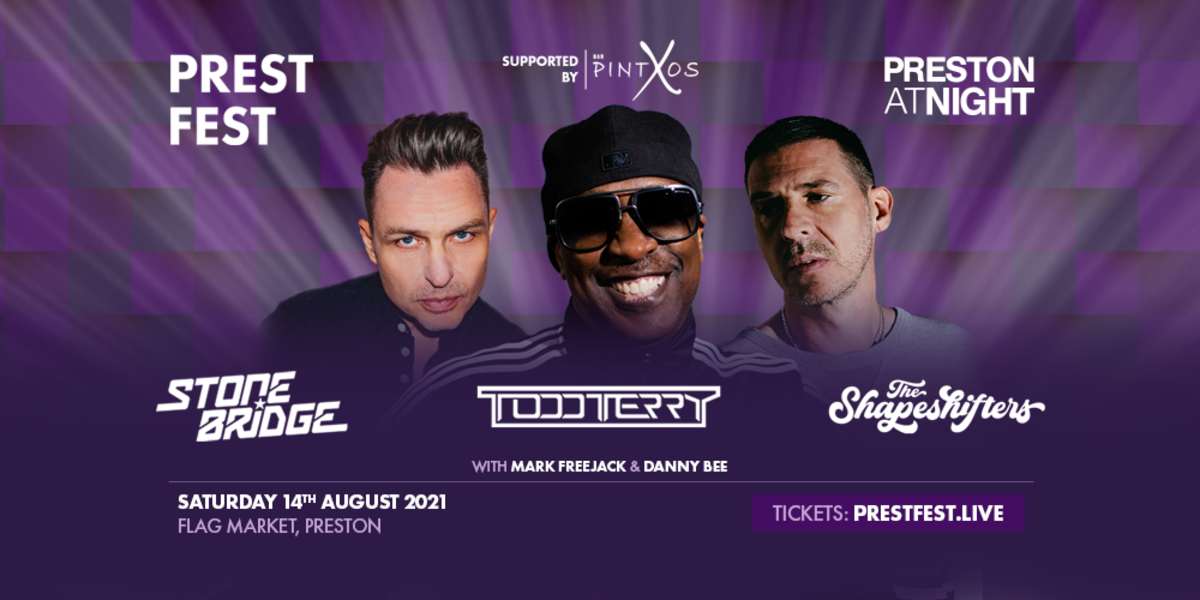 Because we missed out on so much in 2020, we promise to make your outdoor event experience of the summer better than it’s ever been before…
(Over 18s ONLY)
**********
TODD TERRY
Grammy awarded nominated DJ and Producer Todd Terry hit England and Europe big in the 90’s, and his notoriety was making its way back to the U.S.
The first release ‘Keep On Jumpin’ featured a vocal workout from super-divas Martha Wash and Jocelyn Brown, together for the first time ever. The song became a top 10 UK crossover pop hit and worldwide smash. Todd followed with the anthem ‘Somethin’ Going On’, a top 5 UK crossover pop hit.
Todd’s mixes bridge the ground between club cool and commercial accessibility. In 1995, his remix for Everything But The Girl’s ‘Missing’ became a worldwide smash. Then came chart smashes with mixes for Jamiroquai and Robin S and the multi-platinum Space Jam soundtrack.
He’s one of the world’s most celebrated figures in dance music. With almost two decades of dance floor domination under Todd’s belt the quality of his productions goes from strength to strength. Welcome to the church of house music presided over by Todd the God.
**********
STONEBRIDGE
The Swedish DJ and producer is world-renowned for his summertime anthem ‘Put ‘Em High’ which charted across the globe in the summer of the early noughties and continues to fire up dancefloors to this day.
He’s also the master behind the Robin S seminal dance track ‘Show Me Love’ and Ne-Yo’s ‘Closer’.
StoneBridge has enjoyed several massive number ones on the Billboard Club Chart through his remixes and production for Ariana Grande, Sia, Missy Elliott, Pitbull, P!nk, Diana Ross and Britney Spears.
He’s in constant demand for his uplifting DJ sets full of summer vibes and has graced, and continues to grace, some of Europe’s most respected stages.
It is his ability to stay current that has led to StoneBridge hosting his own weekly radio show, a show that broadcast to millions every Saturday throughout North America as well as his weekly syndicated StoneBridge HKJ show.
**********
SHAPESHIFTERS
The Shapeshifters topped the UK charts in 2004 with their debut release, “Lola’s Theme” and have carved out a two-decade career in house music.
They have remixed and produced for George Michael (“Flawless – Go to the City”) and Christina Aguilera (Ain’t No Other Man).
The Shapeshifters have also been a fixture in Ibiza for many years, with stints for the likes of Defected, Cream and Def Mix (in tandem with close friend and mentor Frankie Knuckles) preceding the Glitterbox residency. As ‘Finally Ready’ demonstrates, The Shapeshifters have once again transcended the dance music world, always holding true to their musical beliefs and passions, remaining both relevant and in-demand.

RT @BIBAs2021: When the BIBAs comes to town, there isn’t a better looking venue anywhere in the land. Thanks to our suppliers for helping…

RT @BPL_Transport: Planning to see the Illuminations soon? Do it in style with @BplHeritageTram for a view like this, whilst riding this.…

RT @camilla_evans1: The @BIBAs2021 certainly didn’t disappoint last night, thanks to all involved for an amazing night! #bibas2021 #familyb…