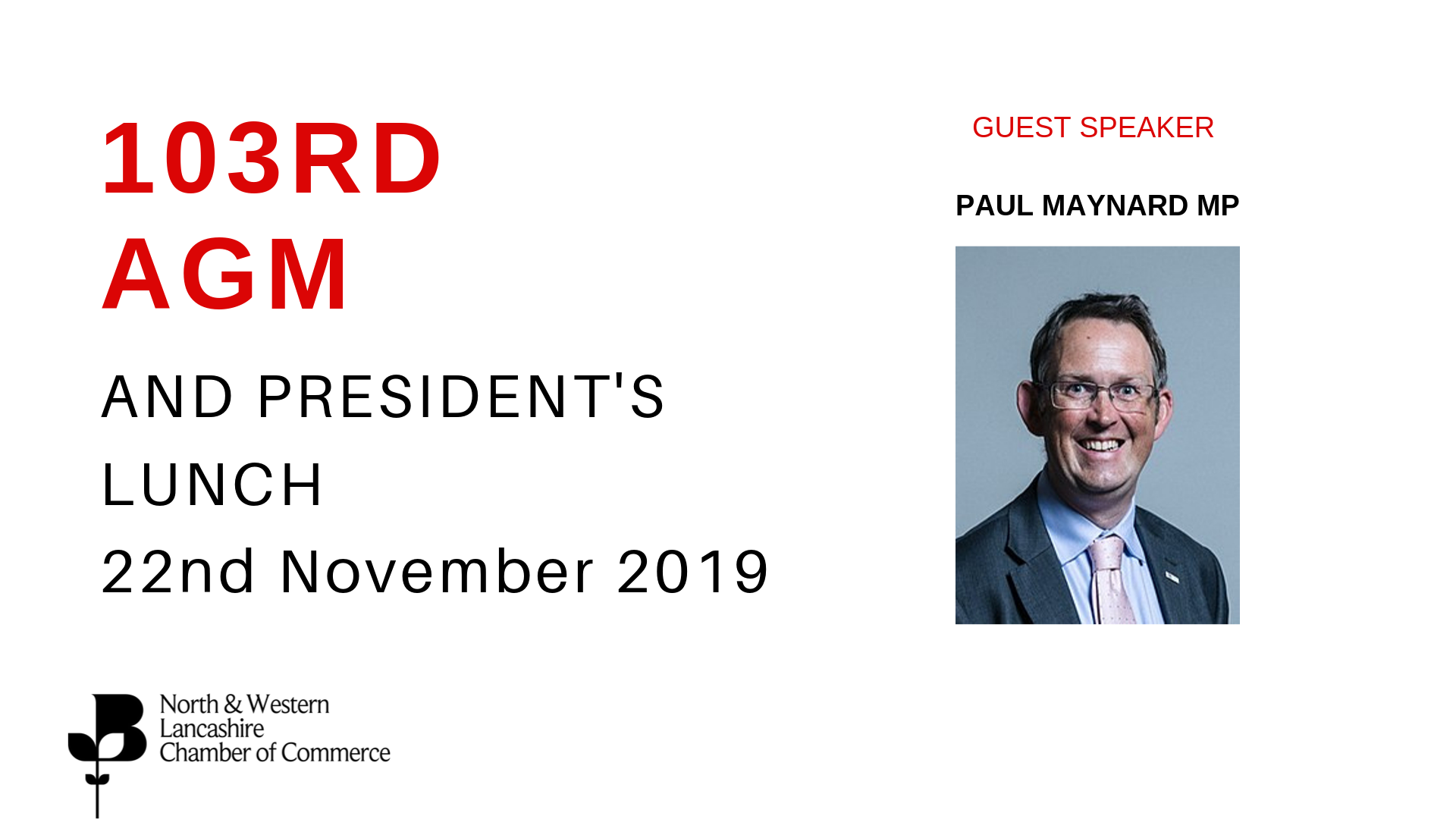 Businesses are invited to join us for the NWL Chamber’s President’s Lunch which will immediately follow the 103rd AGM of the Chamber.

Our guest speaker will Paul Maynard MP, Parliamentary Under-Secretary at the Department for Transport and MP for Blackpool North & Cleveleys.

Maynard has worked as an adviser to the Conservative MP Liam Fox and as a speechwriter for William Hague. Former Prime Minister, Theresa May, made Paul a Government Whip by awarding him the role of Lord Commissioner of HM Treasury following him working as Parliamentary Under Secretary of State at the Department of Transport, a role which he returned to in July 2019.

The AGM will take place prior to the lunch, members of the Chamber are invited to attend/vote.

Event T&Cs can be found HERE

© 2019 North & Western Lancashire Chamber of Commerce
Registered in England, No: 145454
Made in Freshfield
We use cookies to ensure that we give you the best experience on our website. If you continue to use this site we will assume that you are happy with it Find out more.