On June 23, 2016 you will get the chance to vote in a referendum on whether the UK should stay in the EU or leave.

Whatever the outcome of the referendum the decision will have a huge impact on the UK’s economic wellbeing. The economy and trade will be among the top issues discussed during the campaign; will we be better off in or better off out?

The North & Western Lancashire Chamber of Commerce is staging a free event at Preston’s College lecture theatre on May 20 (10am-noon).

Taking place just five weeks before referendum day, it is your chance to hear politicians and business leaders from both sides of the debate.

Representing the “better off in” campaign is:

Sajjad Karim MEP: Born in Blackburn, Sajjad joined the Liberal Democrats in 1989 and served as a Councillor for Pendle Council from 1994-2001. He was the first British Muslim elected to the European Parliament in 2004, originally as a Liberal Democrat, but then switched to the Conservative Party and was re-elected in June 2009. He qualified as a solicitor of the Supreme Court of England and Wales in 1997.

Representing the “better off out” campaign is:

Alan Halsall: Alan started his professional life as a qualified lawyer before joining his family’s toy company, Halsalls. The company grew to become the UK’s largest privately owned toy company with a turnover of £72m before it was sold in 2006. Alan then rescued the Silver Cross pram company from receivership and, as chairman, turned it into a multi-million pound iconic British brand with sales in 45 countries worldwide.

More speakers for both sides are expected to be announced shortly.

Chamber deputy chief executive, Hugh Evans, said: “If you’ve yet to decide which way to vote or you’ve already decided and simply want to hear the arguments from the other side then you need to attend.

“We expect a lively discussion with strong viewpoints from people on both sides of the debate and it promises to be an entertaining debate.” 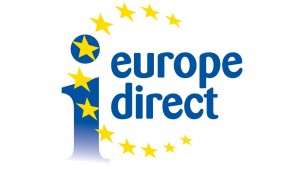